On languages when volunteering. Why is English usually a requirement? Languages in the world and why we should speak at least a bit of the local languages when we travel and volunteer

“Yes, you can come, but do you speak English?”: The English language requirement

When thinking about travelling, volunteering, working abroad or any activity beyond the borders of the country where we live, we all bump into what we could say is one of the greatest disadvantages for non-natives speakers of English: the requirement of being able to communicate in English. As much as it may seem inconvenient, it is a great opportunity indeed and completely necessary. Why? Should we just look for offers and opportunities where we don’t need English at all? What is about the local languages where English is a second language? Should we learn the local language as much as we learn English?

English is what is called a lingua franca, that is, a language used as a medium of communication by people whose native languages are usually another one. Lingua franca is the scientific term (in Linguistics terminology and in Language Studies in general) to refer to an international language or global language or contact language or bridge language, whatever expression you want to cal it or you like more. Keep in mind that the word international is composed by ‘inter’ and ‘national’, so “in between nations”. This implies that in those contexts, English becomes a powerful resource to communicate with many people in the world with which otherwise we wouldn’t be able to. So it is not that bad after all.

Let’s take into account that English is considered the largest language by number of speakers in the world (according to Ethnologue, the reference publication for living languages of the world) and it is, apart of that, the most learned second language. This makes it a very useful tool to travel, to work abroad, to volunteer and, broadly speaking, to communicate with millions and millions of speakers. It makes life easier and gives you many opportunities, let me put it that way. Nevertheless…

Not everything is about numbers: Native and local languages vs English

I don’t want to convince anyone to go to the first English school they see to learn English and to enroll any course, and, if I’m going further, I would never say that every country should have education in English. That’s another debate that I don’t want to go into for now,  besides, it is the case that I teach Spanish and my professional career is mostly based on teaching how to listen, to speak, to read and to write in Spanish (and I wouldn’t change that at all). English is very important and a useful resource, I wouldn’t neglect that, and the main  point of this issue is that you should be able to communicate when volunteering and participating in a project. It doesn’t really matter what language you use for that, but it actually does.

That learning languages is important is not something we should convince anyone about. Of course, many people do not want to make the effort of learning a language that, honestly, in many places English can be related to colonialism. Completely understandable. On this issue, let me quote a person who was teaching a half an hour crash course on Khoekhoe, where I had the chance to attend, and who said “the first thing you take from to colonize is language. Again, completely understable, I can’t agree more. Indeed, in many places, they should (and they do, thankfully) focus on strengthen their native languages, specially when there is more than one, although that depends on the culture of the place, on social and economic inequalities and we must always keep in mind how language or its environment is also closely related to social inequality.

The relevance of mother tongues

The relevance of mother tongue (or mother tongues when there is more than one) is intrinsic to the fact that every human being is born in a cultural and social community and their intellectual and cognitive development is strongly connected with their linguistic development in the first years of life and also throughout the adolescence and beyond. Therefore, many efforts, both from linguistic policies and people themselves should be made in order to bring up the relevance of mother tongue education and the need of being educated in that language.

However, learning English to communicate is not contradictory with learning and mastering the highest levels of your native language. Human brains and minds have the capacity to learn more than one language, and learning a second language as a foreign one also gives you a cognitive opportunity to develop new skills. It is a wonderful challenge itself. This might sound naive, but you can’t imagine how many monolinguals in the world can get mad at you because you didn’t pronounce a word as it was supposed to or you made a grammatical mistake that made the communication fail. Moreover, you can’t imagine how many people has ever said unkindly the sentence “speak in English”.

If I’m allowed to share a story of mine, there was a time, 6 years ago, when I spent in Nepal 3 months. Private education there is taught mainly in English and many young people spoke an incredibly perfect English, at that time a better English than what I used to speak for sure.

My eagerness to learn languages and to go deep into cultures and people’s life made me to start speaking a little bit of Nepali and both reading and writing some letters in the  Devanagari alphabet (which was highly useful to read the buses destinations). It was funny to realize, when I left Kathmandu, the capital of Nepal, to visit other villages nearby that some people didn’t understand me either in Nepali, and of course not in English, because they speak other languages as well. This anecdote is not more relevant than this and, in any case, my bunch of phrases in Nepali served me to have very interesting conversations about both the language and alphabet and life in general and also, for instance, to sincerely apologize the day I paid the rent late. But if I hadn’t been able to speak another language, I would’ve been able to go deeper in many other cultures that I never reached. But we can’t go beyond our own limits. I should say that a few months later, when I started to teach Spanish to newly arrived foreigners, knowing a bit of Nepali, which is similar to Hindi, was useful in some situations when teaching Spanish to some Hindi students. But that’s another issue that we’re not going to address now.

The more languages you know, the more you are a person

It might look that I’ve been beating around the bushes so far, and I am, but there is a reason why. What I really want to say is: learn at least a bit of the local language or local languages of the places we go to. Approaching to them is never a bad idea. Even if you never go back and you forget what the words and phrases you learnt after some months or a year. Why? For at least two reasons, both related:

If you take a look at some volunteer openings in some organizations, you will see that in some of them they don’t actually require you to speak English itself, but they will also ask for some basic communication skills in other languages. That is very important to the success of some volunteering programs because English is sometimes not enough and it leads to really be part of a community. Sometimes, you will see they ask for languages such as French, Portuguese and Spanish. Organizations take into account that someone who lives in a different community from where they are going to volunteer doesn’t necessarily speak local languages of other places, but they will always ask you for at least one necessary language to communicate.

Language: intertwined relation between cognition, culture and society and a tool for communication.

Language is a complex intertwined relation between many elements: cognitive skills, on the one hand, to begin with. Language is also a culture in the sense that it “codifies” a lifestyle, cultural beliefs, and specific social customs. And, probably last, language is a tool to communicate. It doesn’t matter if it is English, Spanish, Swahili or Mandarin, or Serbo-Croatian, Zulu or Quechua, any language is all of these things and their value on these terms is strictly the same. Beyond Western and even some Eastern countries, there are many other lingua francas in the world. English is not spoken in any place all over the world and your mother tongue, if not English, either. But once you take into account that every time you are learning a new language, even if it’s for a bunch of phrases, you are actually approaching to a new cultural and social world and that people’s experiences of life are somehow shaped by the language they use in their minds, you might do a more interesting and meaningful approach to it.

Let’s go back to the beginning: “Yes, you can come, but do you speak …?”: The language requirement

I have to confess that when I started to write this post, I was thinking mostly about the English language requirement. It is not uncommon hearing people saying “I want to volunteer, but my English is bad”. On the one side, English is important as a lingua franca to communicate internationally, it is a powerful tool for communication. Nevertheless, as I was writing this post, I realize how writing only about the English language requirement itself didn’t really fit with my own personal approach to languages when I travelled, volunteered  and worked abroad.

When it turns to languages and cultures, we need to point out the relevance of local languages as well, as a way to empower cultural exchange, among so many other things. To be honest, I confess that, even though I forgot most of the words and phrases of the bunch of languages which I’ve been in contact with, they served to that moment’s purpose. Unfortunately, foreign languages are not like riding a bicycle, in the sense that once you don’t use them at all, you might need afterwards some time to get on track again, but never neglect how many doors you can open with a new language. 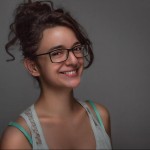 Remei González Manzanero
(Barcelona, 1990). Philologist, freelance writer and text optimizer, teacher of Spanish, persecutor of a PhD in Language Teaching. Passionate about diversity, writing and good causes in the world. She contributes with what she knows how to do and what she keeps learning. As a volunteer, she has been in an educational project for child protection in Lalitpur, Nepal, translating documents and teaching Spanish as a foreign language. She is currently the blog manager of this blog, where she writes as much as she can, from Johannesburg, South Africa.
Showing 4 comments